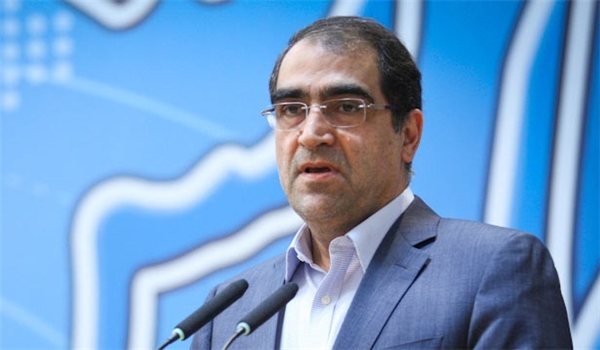 Tehran, Jan 18, IRNA – A plan has been presented to the government and Majlis for collecting $3.9b from cigarette taxes in five years, said the health minister.

Seyyed Hassan Qazizadeh Hashemi added that a budget of $43b has been allocated to the Health Ministry, adding that levying taxes on cigarettes will help solve a large part of financial problems facing the ministry.

Hashemi noted that taxation will help reduce cigarette smoking, based on the proposal presented to the government and Majlis, and help safeguard people’s health.

Stressing the importance of maintaining people’s health, the minister said tobacco smoking is the first step toward addiction.

“Ten percent of the country’s population use over $3b worth of tobacco annually, which is detrimental to the health of all,” he said.

He lamented the popularity of tobacco and hookah smoking, which has also caused a decline in the age of cigarette smokers.

Criticizing the accessibility of cigarettes on newsstands, Hashemi said a strong determination is required to resolve the problem.

Mohammad Hossein Qorbani, spokesman of Majlis Health Commission, said earlier statistics show over $23b are being spent annually on treating smokers in Iran.

He added that Iranians smoke 65b cigarettes annually, 25b of which are produced by Iranian companies, 20b by joint-venture factories formed with foreign firms and 20b are smuggled into the country.

The lawmaker said taxation is the best strategy to control cigarette smoking.

“Based on the Fifth Five-Year National Development Plan (2010-15), cigarette taxes should be increased by 10 percent annually,” he said.

Qorbani said the taxation on tobacco products has been implemented by all countries, adding that some of the neighboring countries have increased the taxes by up to 80 percent.