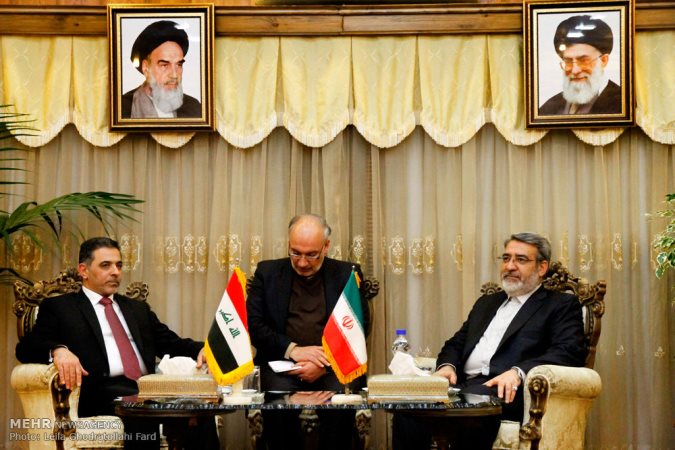 In the meeting with his Iraqi counterpart, Abdolreza Rahmani Fazli announced Iran’s readiness to send all-out aid to Iraq, including ‘counterterrorism’ and ‘consultative aid’.

Mohammed Salem al-Ghabban, for his part, expressed gratitude for the Islamic Republic’s financial and spiritual aid to restore stability and security to his country.

In the press conference last night, al-Ghabban maintained that while Iran was not part of the US-led coalition against ISIL, Iraq welcomed any international endeavor to assist the country against the terrorist attacks; “the ISIL threat is a real danger to the political system of Iraq and some parts of the country were on the verge of falling into the terrorists’ control.”

While commending Iran for all its help against IISL, al-Ghabban stressed that the anti-Iranian sanctions ‘meant nothing’ in the face of this.

According to Rahmani Fazli, in addition to counterterrorism aid, Iran would cooperate with Iraq on border patrolling and other security issues.

“We are also ready to boost mutual cooperation in the fields of economic and trade exchange at border areas,” said Fazli, noting al-Ghabban’s proposal to hold a joint conference between Iranian and Iraqi provinces for this reason.