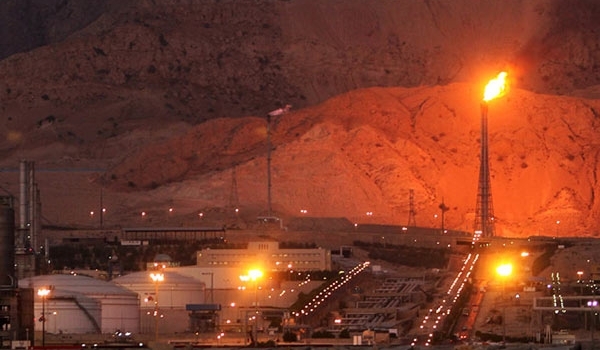 TEHRAN (FNA)- Construction of the Refinery of Phase 12 of the South Pars Gas Field is in its final stage and it will be ready to start operation soon, a senior energy official announced.

“Over 96 percent of Phase 12 refinery has been completed and it will begin functioning soon,” Petropars Company Managing Director Mohammad Javad Shams said on Friday.

Phase 12 of South Pars, shared by Iran and Qatar, is the largest phase in this gigantic gas reservoir.

This phase is expected to start producing at least 500 mcf/d of gas before the cold season starts for injection into national pipeline.

The high-pressure flare of the refinery of this phase became operational in August.

Based on coordination made between the contractor and the outsourcer of the project, gas produced from the five wells of this field was delivered to an onshore refinery in December.

By drilling 12 wells, one billion cubic feet a day of sour gas is expected to be delivered to the onshore refinery. This amount of production started with 500 mcf/d.

Iranian engineers and technicians are currently operating Phase 12 of South Pars with seriousness and testing different sections of this refinery.

The steam production, air compressors and gas receiving units are now operational. Other sections like water desalination and wastewater treatment units are close to becoming operational.

Phase 12 of South Pars gas field is under development to produce 75 million cubic meters (mcm) of rich gas for delivery to national gas pipeline and liquefied natural gas (LNG) production plants. Out of this amount, 25 mcm will be injected to national pipeline and the rest will go for LNG production. This phase is also expected to produce 120,000 b/d of gas condensate and 750 tons a day of sulfur.

The main contractor in the development of Phase 12 of South Pars is Petropars Company. The onshore installations of this phase are located 70 kilometers from Assaluyeh.