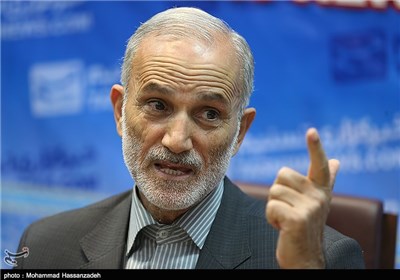 TEHRAN (Tasnim) – A senior Iranian lawmaker deplored the US government’s policy to consult with the Israeli regime before taking any decision regarding the nuclear talks with Tehran, saying that any deal satisfying Tel Aviv would be in breach of Iran’s nuclear rights.

“Any agreement which is drafted after the Zionist regime’s green light, will be in contradiction with the Iranian nation’s nuclear rights,” Ebrahim Karkhanei, chairman of the Iranian parliament’s nuclear committee, told the Tasnim News Agency.

“…undoubtedly any decision supporting the views of the Zionist regime will not include the Iranian people’s inalienable rights,” he noted.

He also cautioned the Iranian negotiating team to be vigilant and not to allow the “Cancerous tumor” (Israel) cross Iran’s redlines and damage the country’s national interests.

Negotiating teams from Iran and the US started bilateral meetings in the Swiss city of Geneva on Thursday, January 15, and plan to continue the talks until January 17.

Later on Sunday, Iran and the Group 5+1 (the five permanent UN Security Council members plus Germany) will resume talks at the level of deputy foreign ministers in Geneva.

Iran and the Group 5+1 (Russia, China, the US, Britain, France and Germany) are now in the nuclear talks with the aim of hammering out a final agreement to end more than a decade of impasse over Tehran’s peaceful nuclear activities.