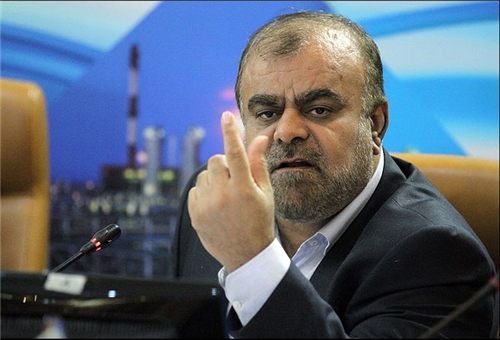 “After technical negotiations with the Iraqis, we considered a gas contract with Baghdad for the daily exports of 25mln cbm which was inked by the two (oil) ministries, and then the construction of the pipeline from Mehran to Naftshahr and Baghdad was completed,” Qassemi told FNA on Saturday.

The secretary of the headquarters for the development of Iran-Iraq economic relations also elaborated on another agreement endorsed by the two countries’ officials to export gas through Khorramshahr city in Iran to Basra in Iraq, and said, “With the second agreement, we will export 50mln cbm of gas to Iraq.”

Referring to the good economic relations between Tehran and Baghdad, Qassemi said, “At present, our economic exchanges are worth around $13bln.”

The two countries had agreed in July 2013 to pursue development of their joint oilfields through setting up joint companies under a single management. They have also held comprehensive expert talks on the same issue.

Iran, which sits on the world’s second largest natural gas reserves after Russia, is making efforts to raise its gas production by increasing foreign and domestic investments, specially in South Pars gas field.