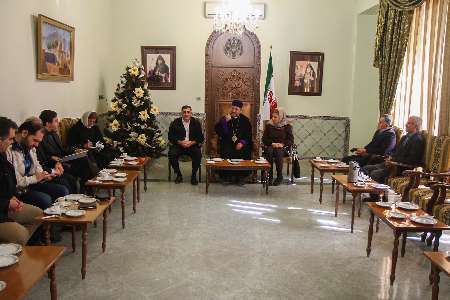 Isfahan, Jan 16, IRNA — Archbishop of the Armenians of Isfahan Province Babken Charian underlined that the rights of religious and ethnic minorities are respected in Iran, saying that the religious minorities have peaceful coexistence in Iran.

‘The religious minorities are having friendly times beside the Muslims in Iran and if the people of the world had a peaceful morale like the Iranian nation, the world would have been in peace,’ Archbishop Charian said.

He noted that when the foreign delegations come to visit Iran, they come to realize that the Jews, Chaldeans and Christians are living in a friendly atmosphere.