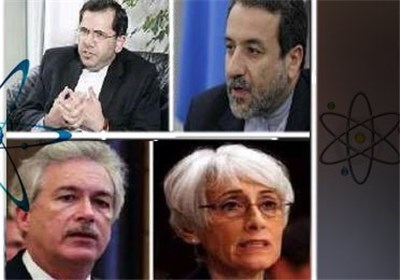 TEHRAN (Tasnim) – Iran and the United States on Friday began a fresh round of deputy-level talks in Geneva, Switzerland, on Tehran’s civilian nuclear program.

Meanwhile, Iranian Foreign Minister Mohammad Javad Zarif has arrived in Paris to hold talks with his French and American counterparts.

On Sunday, January 18, representatives from Iran and the Group 5+1 (France, Britain, the United States, Russia, China, and Germany) will have a plenary meeting in Geneva.

The two sides wrapped up their latest round of nuclear talks in the Swiss city on December 17, 2014, three weeks after they failed to reach a final agreement by a November 24 deadline despite making some progress.

They agreed to extend their discussions until July 1, 2015.