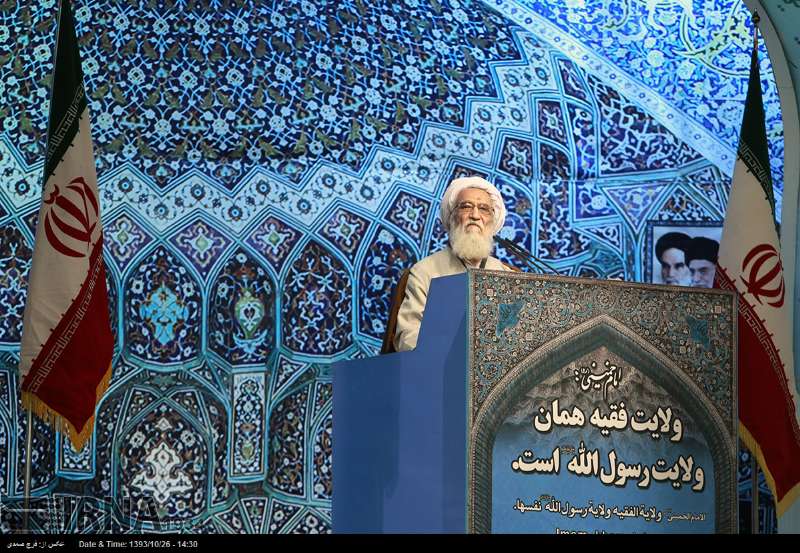 In his second sermon addressing congregational prayers, Ayatollah Movahhedi Kermani said that the Western governments have realized the strength of Islam and in a bid to curb the pace of its advance, have resorted to such illogical acts.

‘The West has felt the power of Islam and sees it is quickly making its way in Europe and has strong attraction, thus resorts to such hideous attempts,’ the senior cleric said.

Ayatollah Movahedi Kermani also expressed surprise over well-known world criminals marching on streets to condemn terrorism, in a reference to anti-terrorism rallies held on Saturday in the French capital.

‘The prime minister of the criminal Zionist regime attended a demonstration and condemned terrorism,’ he said. ‘This murderer child-killer regime condemns terrorism. If you condemn terrorism, then who is supporting the terrorists in Syria?’