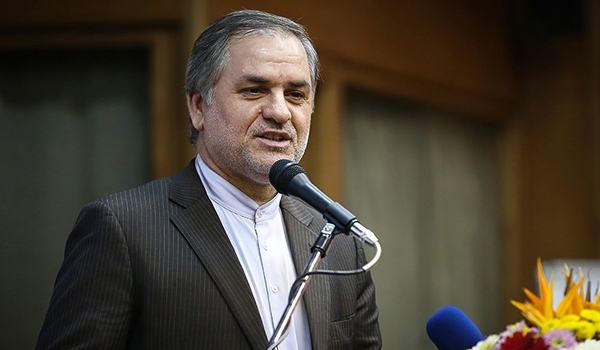 “The West has misinterpreted the concept of the freedom of speech; freedom of speech does not mean sacrilege of the sanctities of a religion or its prophet,” Spokesman of Iran’s Culture and Islamic Guidance Ministry Hossein Noushabadi said in reaction to the French magazine’s blasphemous cartoon.

He reminded that Islam is a religion with over 1.5 billion followers, and said, “Desecration of Prophet Mohammad (PBUH) is a big sin and no Muslim would accept such a behavior.”

The cartoon on the new edition of Charlie Hebdo’s cover shows a sacrilegious cartoon of Prophet Mohammad (PBUH).

Last week the ISIL terrorist group attacked the weekly after it released a cartoon of ISIL leader Abu Bakr Al-Baqdadi. At least 12 people were killed last Wednesday when masked gunmen stormed the Paris offices of Charlie Hebdo and opened fire.

The same day, Iranian Foreign Ministry Spokeswoman Marziyeh Afkham condemned the attack, and said any act of terrorism against innocent people is opposed to Islamic teachings.

“Misusing freedom of expression, ideological extremism and character assassination of respectful figures of religions and nations as well as insulting divine faiths and their values and symbols which are respected by those religions are not acceptable and are condemned,” Afkham said.

Reacting to the Paris incident, she said such moves are the result of the wave of extremism and unprecedented physical and ideological violence which has been growing in the world all throughout the past decade.

Afkham regretted that “inappropriate and double standard policies in dealing with violence and extremism have led to the spread of those actions and behaviors”.