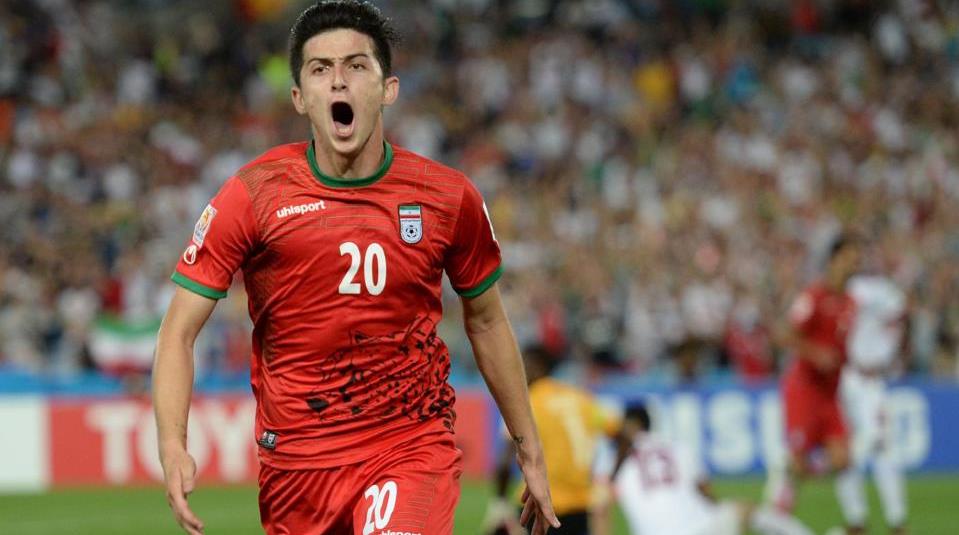 Iran coach Carlos Queiroz hailed Sardar Azmoun’s “brilliant” winner against UAE in the Asian Cup and said it was worthy of some of the best strikers he had worked with.

The former Real Madrid, and Portugal boss and Manchester United assistant has coached some of the best in the business but he was unstinting in his praise for the 20-year-old.

The second-half winner was also vital for Iran as it earned not only a 1-0 victory but a place in the quarter-finals as they seek their first Asian Cup title in 39 years.

“It was a brilliant goal. It was a special movement of the centre-forward, a great turn at the level of some of the best centre-forwards I have worked with in my life,” Queiroz said.

“It was a brilliant goal in a one-on-one. We knew that we should try more turns and we should try to get more space behind, but the way he moved the ball was brilliant for a young player. He has a great future.”

The Rubin Kazan forward has previously attracted interest from Arsenal and Liverpool and he again put himself in the shop window with a contender for goal of the tournament.

When Ashkan Dejagah picked out Azmoun on the edge of the box, the 20-year-old still had much to do to evade the attentions of defender Abdelkarim Hassan.

But in a moment of supreme quality, he dragged the ball between his legs and into space in the box, before sweeping it into the bottom right-hand corner.

Azmoun’s joy was short-lived and he was stretchered off and limped to the bench on the hour-mark. However, Queiroz said that the injury did not appear serious.