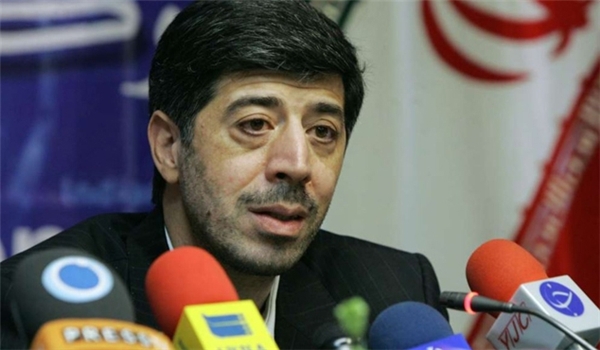 TEHRAN (FNA)- Iranian Deputy Minister of Road and Urban Development and President of the Civil Aviation Organization (CAO) of Iran Alireza Jahangirian underlined Tehran’s enthusiasm for the further expansion of relations with Abu Dhabi, specially in the field of aviation.

Jahangirian made the remarks after the UAE represented by the General Civil Aviation Authority (GCAA) signed an agreement with Iran on 8 January 2015 to boost air transport and aviation safety.

During a meeting with Saif Mohammed Al Suwaidi, the Director-General of UAE GCAA, Jahangirian expressed the hope that the talks with the UAE would be a new starting point to strengthen and expand cooperation between the two countries.

He also stressed that the Iranian government pays great interest in ties with the UAE at all levels, specially the aviation sector in which the UAE has achieved notable success.

In a relevant development earlier this month, Iranian and UAE officials underscored the necessity for increasing the two countries’ cooperation in air transit and transportation.

“In a bid to expand air transportation cooperation between the two countries, the existing bilateral relations are necessitated to further develop and grow more stable,” Jahangirian said in a meeting with UAE Ambassador to Tehran Saif Mohammed Abid al-Zaabi.

“The UAE is also required to compile a written plan with mechanisms for protecting both sides’ interests,” he added.

Zaabi, for his part, called for further consultations and negotiations with Iran to boost air transportation cooperation, and said the Emirati officials planned to continue flights over the Iranian sky.

Iran attaches importance to strengthening ties with the Middle-East countries in a bid to maintain security in the region.

Late in December, Iran and the UAE announced plans to ease visa requirements for each other’s nationals.

The two countries took the decision in their 9th joint consular commission meeting in Abu Dhabi.

During the meeting, deputy foreign ministers of Iran and the UAE signed a Memorandum of Understanding (MoU), an article of which was about facilitation of visa for nationals of one another.

Continuation of judicial cooperation to efficiently counter drug-trafficking, as well as enhancement of cooperation between the coast guards of Iran and the UAE were among other issues of agreement upon in the memorandum of understanding.