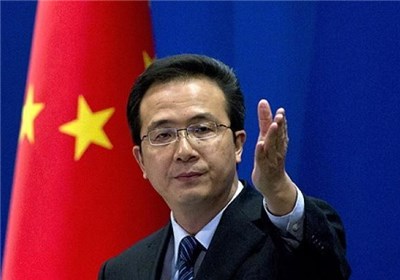 TEHRAN (Tasnim) – China on Thursday expressed willingness to facilitate a comprehensive agreement in the upcoming Iranian nuclear talks in Geneva.

Wang Qun, director-general of the Department of Arms Control of the Ministry of Foreign Affairs, will lead a delegation to the Geneva talks on January 18, Chinese Foreign Ministry’s Spokesman Hong Lei said at a daily briefing.

Iran and the Group 5+1 (also known as P5+1 and E3+3), including China, France, Russia, Britain, the United States, and Germany, will continue to negotiate a comprehensive deal over Tehran’s nuclear energy program.

Resolving the Iranian nuclear issue at an early date will have a far-reaching positive impact on maintaining international non-proliferation and the situation in the Middle East, Xinhua quoted Hong as saying.

Hong said negotiators from Iran and world powers are hastening their talks on a comprehensive agreement through bilateral and multilateral channels.

“China is willing to work with all parties involved to focus on major problems and facilitate a package solution and a win-win comprehensive agreement in a step by step manner,” the spokesman said.

Western states accuse Iran of seeking atomic weapons under the cover of its civilian nuclear plan. But Tehran, a signatory to NPT, has constantly dismissed the allegation as unfounded, saying its nuclear program is solely for peaceful purposes including generating electricity.

Under an interim deal between Iran and the P5+1 on Nov. 24, 2013, Iran said it would suspend some sensitive nuclear activities in exchange for limited relief of sanctions, with all sides seeking a comprehensive deal by July 20.