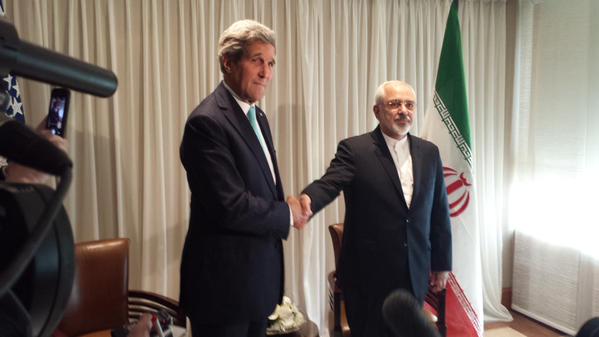 Iran, US begin N-talks in Geneva

TEHRAN, Jan. 14 (MNA) – Nuclear negotiations between Iranian and American delegations headed by their foreign ministers have just gone under way in Geneva.

The Wednesday bilateral talks in Geneva are at the ministerial level, headed by Iranian Foreign Minister Mohammad Javad Zarif and US Secretary of State John Kerry.

She maintained that the schedule of the subsequent meetings will be disclosed at the end of each round of talks.

This is the second round of talks after the seven-month extension of interim agreement between Iran and the 5+1. Negotiators hope to reach a rough deal by March and a final agreement by June 30.