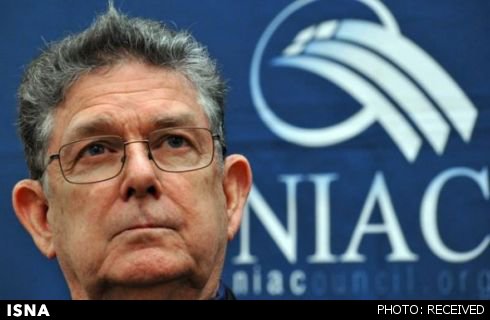 TEHRAN (ISNA)- A former inspector of the International Atomic Energy Agency (IAEA) Robert Kelly reiterated that verification of the IAEA member states’ nuclear programs is not an IAEA job.

Q: Is the verification of the nuclear programs of the IAEA member countries and insuring their peaceful nature an impossible goal?

A: I think this is the wrong question. It is not the IAEA’s job to verify that the IAEA member states’ nuclear programs are peaceful. It is not their job. It is a nearly impossible job to verify that any program is peaceful even with the tools of a major government. The IAEA does not have those tools and it is not their mandate so they shouldn’t pretend to try. IAEA should stick to their strong suit and mandate which is the verification of the correctness of nuclear material inventories. That is a huge contribution to peace by itself.

Q: What is your opinion about the IAEA’s ability in verifying Iran’s nuclear activities?

A: IAEA has been inspecting and verifying Iran’s nuclear materials and facilities for many years. IAEA found problems in Iran a decade ago and demanded full disclosure. Since that time IAEA regularly reports that all declared nuclear materials in Iran are properly verified. Both Iran and IAEA cooperate in this regard.

Q: Do you think the present nature of the IAEA for monitoring and verifying the nuclear activities of the member countries should change and the IAEA should turn into an expert on nuclear weapons and search for weapons in countries, something that is against IAEA’s Statute and technical nature?

A: The IAEA does a vitally important and effective job in assuring that all of the declared nuclear materials in the world remain in peaceful uses. It is not up to the IAEA to expand its own authority. That is a decision by the member states and treaty members. Remember, the IAEA is the member states; all those people in Vienna and inspectors are the secretariat who do the work of the IAEA member states. I see no good reason for IAEA to try to become an expert on nuclear weapons. That would potentially contribute to nuclear weapons proliferation and otherwise be ineffective.

Q: Do you approve of establishing another organization that has technical knowledge of nuclear weapons, as well as legal credibility and authority?

A: It is a good idea. Just look at Syria. The IAEA rushed in to examine a supposed reactor bombed by Israel and never took experts in chemical weapons or missiles or biological warfare. The narrow focus of IAEA and other single treaty organizations leads to narrow analyses and missed opportunities. Unfortunately, because of the sensitivity of nuclear weapons information there is probably no international model to deal with weapons themselves, but there is adequate room to study the programs and places that might build nuclear weapons, missiles and chemical weapons.