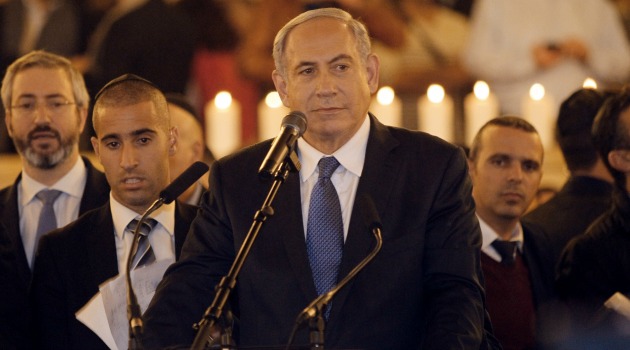 Tehran, Jan 12, IRNA — French President Francois Hollande has reportedly left a memorial session in a Paris synagogue when the visiting Israeli Prime Minister Benjamin Netanyahu took the podium at the synagogue to make a speech.

Hollande has also conveyed a message to Netanyahu over the weekend asking him not to come to Paris to take part in the march against terror on Sunday, Haaretz quoted an Israeli source who was privy to the contacts between the Elysees Palace and the Prime Minister’s office.

Hollande’s anger at Netanyahu was evident during the ceremony held Sunday evening following the march at the Grand Synagogue in Paris, an event attended by hundreds of members of the local Jewish community.

Upset at Netanyahu, Hollande presumably preferred to avoid a rerun of the 2012 ceremony for the victims of the Toulouse shooting – to which Netanyahu arrived just as he was commencing his elections campaign, the Zionist daily said.