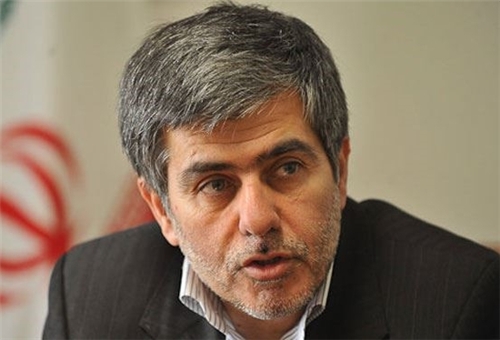 “The gullible enemy has dreamt that Iran’s nuclear progress will be blocked by the assassination of scientists,” Abbasi said, addressing a gathering in Tehran on Monday.

“All the Iranian people are entitled to the right to experience eye-catching growth of knowledge and technology, and threats and sanctions cannot intimidate us into giving up this goal,” he added.

Abbasi reminded that nuclear technology underlies access to various branches of science and technological progress, and said acquisition of the know-how for building centrifuge machines has helped the country with “building vacuum equipment used in area of aerospace”.

Iranian experts have made huge progress in building different equipment and systems needed for producing fuel for nuclear reactors used for peaceful uses, including new generation of centrifuges.

Deputy Head of the IAEO Asqar Zarean announced on Wednesday that the country planned to unveil new nuclear achievements on April 9.

“The AEOI has acquired the technology for the production of different types of lasers, and there are more successes which will be declared soon,” Zarean said, addressing a number of Iranian officials during a tour of Iran’s nuclear installations in Fordo, Natanz and Isfahan.

Stressing that the sanctions couldn’t undermine the country’s determination to make progress in using the civilian nuclear technology, he announced that the Iranian nuclear experts’ new achievements would be unveiled on April 9 (the National Nuclear Technology Day in Iran).

In relevant remarks late in December, Head of the AEOI Ali Akbar Salehi said the country had the most advanced centrifuges to enrich uranium for peaceful purposes, but it has avoided injecting UF6 gas into them as a confidence-building measure for the talks with the world powers.

“We possess the IR4, IR6 and IR8 centrifuges and the IR8 is the latest generation of centrifuges whose enrichment power is equal to 24 Separative Work Units (SWU),” Salehi said in an interview with the Iran-based Arab-language al-Alam news channel.

“We haven’t injected gas into these centrifuges on a voluntary basis and as long as the negotiations continue, we do not intend to inject gas into IR8,” he added.

Salehi underscored that Iran’s decision to refrain from injecting UF6 gas into the powerful IR8 centrifuges was a confidence-building measure to show its good will to the world powers during the nuclear talks.