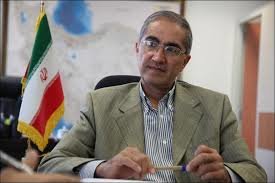 Deputy Minister of Energy for planning and financing Alireza Daemi made the remarks in a press conference, adding continuation of drought and undesirable level of rainfalls in the country has caused the next year’s budget to raise the fund needed for preserving underground resources of water by 340 percent against last year.

“Underground waters constitute more than 50 percent of the water resources of the country and that is why protecting them has been taken into account in drafting next year’s budget”, Energy Ministry official said.

He noted that these moves have endangered water resources in a number of provinces including Fars, Kerman, Yazd and South Khorasan.

With having 30 million subscribers in electricity sector and 22 million subscribers in water sector, Ministry of Energy has no way but to give priority to sustainable services and social justice, he said noting this approach has been put into force at a time when article 44 of the constitution obliges the ministry to move towards reinforcing non-state sector and transfer management of them to the private sector.