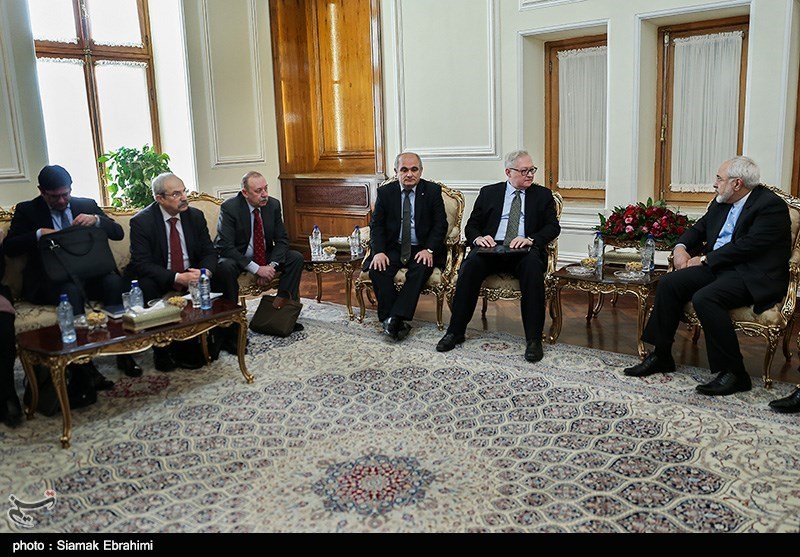 Zarif pointed to the latest status of negotiations and praised Russia’s role in the talks and deemed more active role of Moscow a great factor in speeding progress of talks toward a final solution.

Pointing to various potentials for cooperation between the two countries, Iranian FM called for boost of Tehran-Moscow ties and emphasized on more political consultations between the two states on regional and international issues.

Russian Deputy Foreign Minister Sergei Ryabkov, for his part, highlighted his country’s responsible approach toward the nuclear talks and stated that “friendly relations between Tehran and Moscow demands actualization of potential capacities to accelerate reaching a final agreement in the talks.”