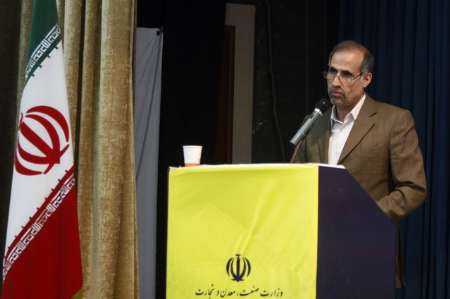 Karaj, Alborz Prov., Jan 11, IRNA – Head of the Trade Promotion Organization (TPO) and Deputy Minister of Industries, Mines and Trade Valiollah Afkhami said on Sunday that in the first three quarters of this year (started on March 21), more than $35.2 billion worth goods were exported.

Addressing a group of traders, exporters and manufacturers in Alborz Province, Afkhami said the exports showed increase of 18 percent in terms of weight compared to the figure in the same period the previous year.

He said major portion of the exports destined to China, let’s say $6.6 billion, and it is Iran’s major trade partner, reserving 26 percent of Iranian exports.

Afkhami said Iraq was second in the list of countries absorbing Iranian exports with a share of $4.5 billion or 17 percent in the exports, followed by the UAE with a share of 10.7 percent or $2.7 billion, and Uzbekistan, India, Hong Kong and Azerbaijan.

As for exports, Afkhami said $38.4 billion worth goods were imported in the nine months, well 3.2 percent ahead in the exports, showing 50 percent growth.

He said the imports were wheat, corn, soyabeans, rice and cars, mainly through the UAE to the country.