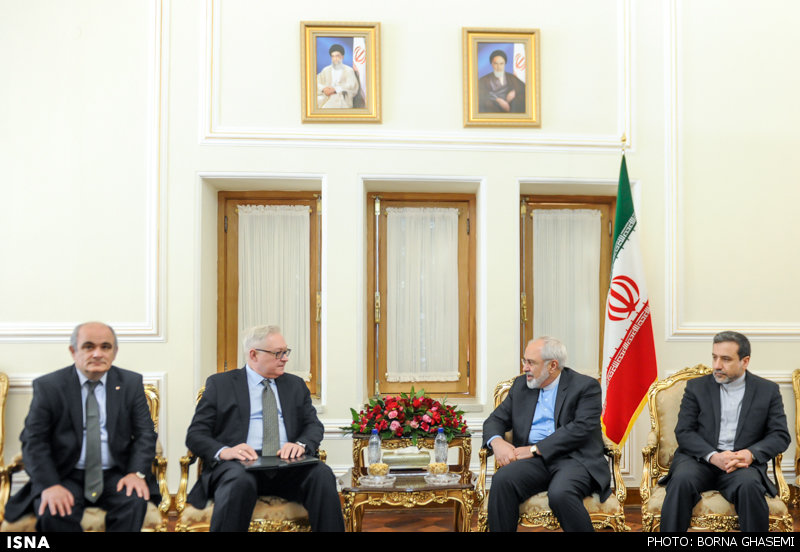 “Moscow-Tehran close cooperation makes it necessary to use our potentials and help quick settlement of Iranian nuclear issue,” Ryabkov said in a meeting with Iranian Foreign Minister Mohammad Javad Zarif here in Tehran on Monday, as stressing Russian responsible role in nuclear talks between Iran and the G5+1.

Zarif, for his part, appreciated Russian role in the negotiations, and said Moscow’s more active role would speed up settlement of Iranian nuclear issue and reaching an inclusive agreement.

He also called for the further expansion of bilateral ties between the two countries in all areas.

Ryabkov is in Iran for talks with senior Iranian officials on issues of mutual interests as well as regional and international developments.