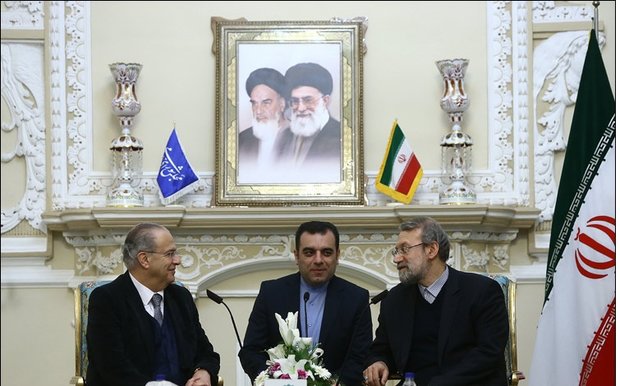 TEHRAN, Jan. 12 (MNA) – In a meeting with Cypriot FM, Larijani asserted that reaching a final agreement in nuclear talks needs the Western side to be realist and avoid political bargaining.

Larijani also praised the humanitarian positions of Cyprus regarding Gaza and massacre of its innocent people by the Israeli regime, and said that “logical stances of Cyprus are indicative of its realistic understanding of international and regional issues and crises.”

Emphasizing on the terrorism as the most important issue of the region, Larijani stated “supporting terrorism by some regional countries, dividing them into good and bad by Western countries, and exploiting them are some reasons why terrorism has spread in the region and even across the world.”

The Cypriot FM, meanwhile, noted the extension of ties and said “Cyprus, recognizing Iran’s influential and important role in the region, welcomes development of its ties with the ocuntry.”