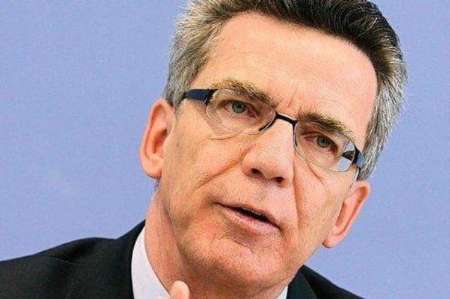 Berlin, Jan 12, IRNA – German Interior Minister Thomas de Mariziere said extremism and religious terrorism are different from Islam and making a distinction between them is currently a compelling need.

Referring to recent terrorist attacks in Paris and the wave of Islamophobia in Western media, the minister said the terrorist actions in Paris were basically an attack to press freedom and democracy.

Whether similar attacks may happen in Germany or not, Mariziere said there is not a clear evidence of identical attacks in Germany, but the situation in Germany is quite serious.

‘It is quite natural that we feel concerned and the Intelligence Agencies of France and Germany are working together closely’.