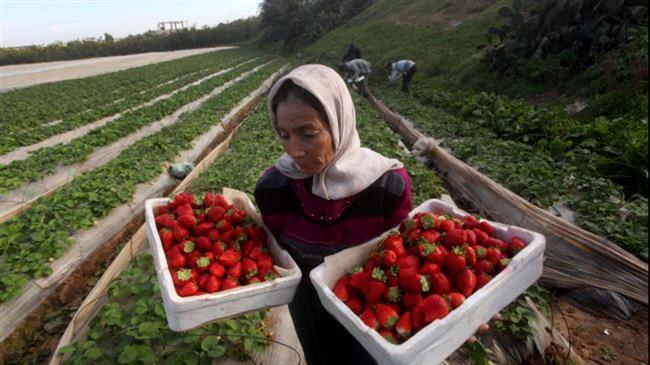 Palestinians in the besieged Gaza Strip are suffering from lack of food security due to Israel’s hostile policies toward the blockaded territory, Press TV reports.

According to the report, the recent Israeli war along with the Tel Aviv regime’s siege on the territory has worsened food insecurity in the Palestinian coastal enclave.

The report further says that nearly 70 percent of the Palestinians in the besieged area are suffering from lack of food.

The UN Food and Agriculture Organization (FAO) said in August that Israel’s offensive on the besieged Gaza Strip had adversely affected agricultural infrastructure in the coastal enclave and brought food production to a halt there.

FAO said that the Palestinian agricultural fields have become a main target in the Israeli attacks, and Gaza’s agricultural infrastructure, including many  crops, greenhouses, trees, irrigation systems, animal farms, fodder stocks and fishing boats, has been destroyed.

FAO also warned that most of the Palestinian farmers and herders have abandoned their farms due to heavy destruction wreaked on them by the Israeli attacks. The UN food organization further noted that the Israeli onslaught has made life a misery by crippling food production in the blockaded sliver.

“The Israeli tanks riddled this area with shells and bullets during the war. They destroyed our farmland and our trees,” a Gazan farmer said.

Israeli naval forces also limit the fishing area off the coast of the Gaza Strip, depriving Gazans of fish which is known to be a rich source of animal protein.

“We can’t make a living and we can’t catch enough fish to even feed our families,” a Gazan fisherman said.

Israel unleashed aerial attacks on Gaza in early July and later expanded its military campaign with a ground invasion of the Palestinian coastal enclave.

Gaza has been blockaded since 2007, causing a decline in the standard of living, unprecedented levels of unemployment and unrelenting poverty.