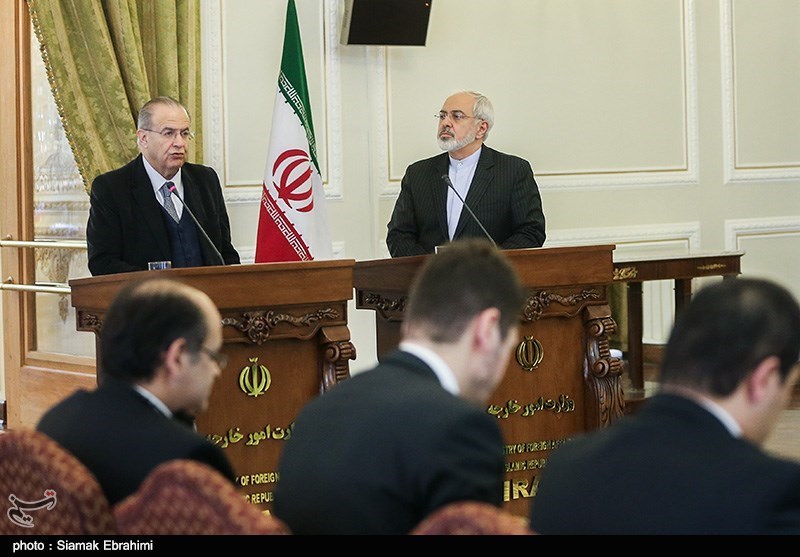 Zarif says talks with US counterpart only on nuclear issues

Tehran, Jan 11, IRNA – Foreign Minister Mohammad Javad Zarif stressed that his upcoming talks with his US counterpart John Kerry will focus only on nuclear issues.

In a joint press conference with his Cypriot counterpart Ioannis Kasoulides here on Sunday, he said he will only discuss nuclear topics with Kerry during the Wednesday meeting.

He reiterated that Tehran had no political ties with Washington, adding that any talks with Kerry would concentrate on topics pertaining to Iran’s nuclear negotiations with G5+1.

He further noted that Iran had nothing to talk about with the US in other areas.

The Iranian foreign minister stressed that Iran is constantly examining the efficiency and fruitfulness of the talks.

He said his visit to Geneva on Wednesday is a one-day trip, adding that he is planning more trips to some European countries.

He also noted that Iran is going to host the Russian foreign minister soon to review what Iran expects from Moscow in talks with G5+1.

Zarif further announced that Iran is going to continue its constructive talks with China in future as well.

As for talks with other members of G5+1, Zarif said his deputies are going to conduct talks with their counterparts.