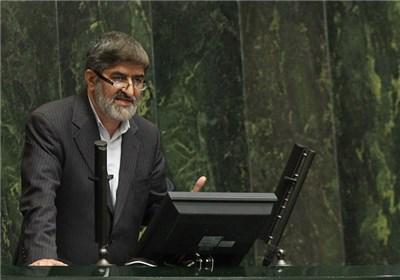 Parliamentarian Ali Motahari was speaking out Sunday in open session against the detention orders, calling them “unconstitutional.” His remarks were disrupted by several lawmakers shouting “death to seditionists.”

Parliament vice-speaker Mohammad Hassan Aboutorabi-Fard adjourned the session, which resumed about a half hour later.

The two opposition leaders that Motahari was defending, Mir Hossein Mousavi and Mahdi Karroubi, have been held without charges under house arrest since 2011 over their role in the widespread protests that followed the 2009 presidential elections.