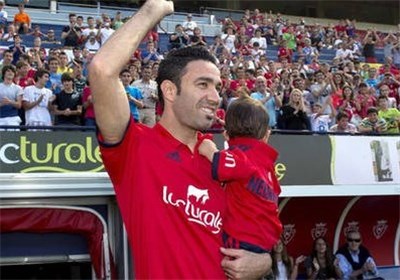 Iran has been scheduled to face Bahrain in Melbourne in Group C on Sunday. Team Melli is in the hunt to add to the hat-trick of AFC Asian Cup titles won in 1968, 1972 and 1976.

“We look at the Asian Cup game-by-game, so we are going to make sure we perform to our best in each one of the games. We are going to do our best, and I think if we have good results and are able to win one of the medals, for sure that is all because of our coach Carlos Queiroz, because without him this would have been impossible,” the 34-year-old Osasuna midfielder Nekounam told afcasiancup.com.

“What is extremely crucial for us is to have this coach in our country and in our national team and because of that we now have a fantastic team spirit and a very high united attitude that dominates the team.”

“The World Cup has now finished for us. The quality at the World Cup is much higher than at the Asian Cup, but what we did in Brazil in front of very big teams we are hopeful that we can do it again in Asia to prove to ourselves that we have enough capabilities to be a good footballing nation in Asia,” added Nekounam.