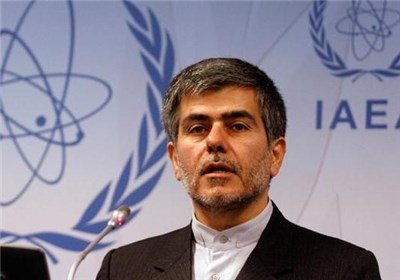 TEHRAN (Tasnim) – Iran has the technical know-how to manufacture research reactors under the international standards, former head of the Atomic Energy Organization of Iran (AEOI) said, adding that the local scientists have managed to modernize Tehran Research Reactor.

Speaking in an exclusive interview with Tasnim, former AEOI chief Fereidoun Abbasi, who is also a renowned physicist in Iran, said the capability to modernize Tehran Research Reactor gave the country’s negotiators an upper-hand in the nuclear talks years ago, when the world powers offered to update the reactor in exchange of concessions.

Iran uses the Tehran Research Reactor, a light-water nuclear reactor given by the US in 1967, to produce radio istotopes for medical and agricultural purposes.

Abbasi noted that the local scientists managed to renovate the reactor and equip it with modern control systems, saying the success gave Iran the confidence that it can even “modernize research reactors of the other countries.”

“We have also gained the capability to design new reactors under new standards, and we are able to build 10-megawatt reactors from A to Z inside Iran with the aim of becoming a manufacturer of research reactors in short time,” he explained.

Abbasi also added that Iran can even export technical services in the field of research reactors in future.

Iranian scientists have in recent years made great headways in the field of nuclear technology.

In November 2014, Tehran and Moscow signed an agreement, guaranteed by the International Atomic Energy Agency (IAEA), on the construction of eight nuclear power units in Iran.

According to the agreement, Russia is to construct eight pressurized water reactors “turn-key ready” in Iran. Four of them will be built at the Bushehr Nuclear Power Plant, also completed by Russia a year ago.