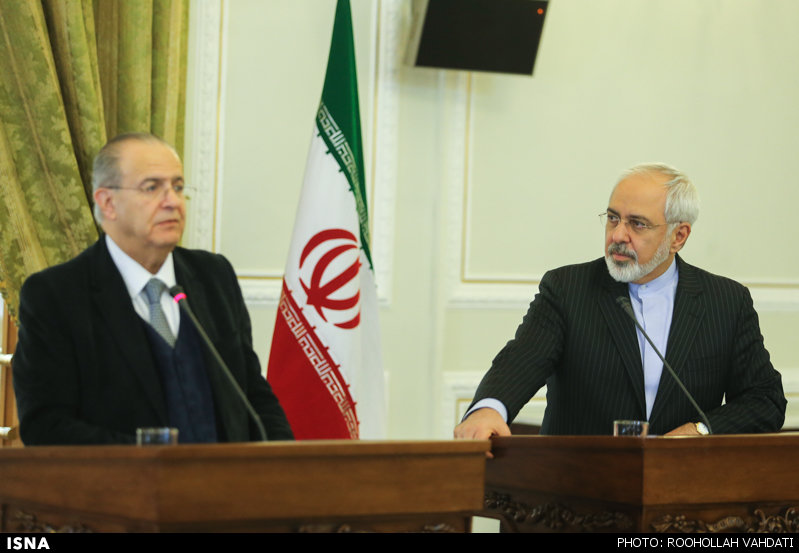 Tehran, Jan 11, IRNA – Foreign Minister Mohammad Javad Zarif said Iran has never been after building nuclear arms because of the religious ban put by the Supreme Leader of the Islamic Revolution Ayatollah Seyyed Ali Khamenei on such activities.

He made the remarks in a joint press conference with his Cypriot counterpart Ioannis Kasoulides here on Sunday.

As to claims of the German weekly Spiegel on Iran helping Syria produce nuclear arms, Zarif said such claims are aimed at promoting a policy of terror about Iran’s peaceful nuclear program.

He said such claims are fabricated by certain circles which initiate and promote violence with the objective of spreading Iranophobia in the world.

He stressed that Tehran has repeatedly announced that it is not after building nuclear arms either in Iran or in any other places in the world.

Nuclear arms certainly harm the world and they should be annihilated, the foreign minister reiterated.

He further referred to the old-standing ties with Cypriot and said the two countries have always enjoyed friendly ties and good cooperation in different areas.