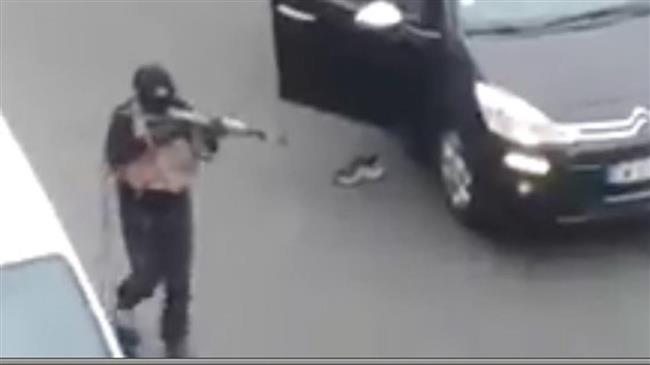 US warns of more terrorist attacks after French incidents

The US State Department has warned Americans residing worldwide to prepare for “terrorist actions and violence”, following the recent attacks in Paris.

“Recent terrorist attacks, whether by those affiliated with terrorist entities, copycats, or individual perpetrators, serve as a reminder that US citizens need to maintain a high level of vigilance and take appropriate steps to increase their security awareness,” the State Department said in a statement issued on Friday.

The State Department said that US-led air strikes against the ISIL terrorist group in Iraq and Syria made American nationals and interests a target for reprisals, “especially in the Middle East, North Africa, Europe and Asia.”

The ISIL terrorists, who were initially trained by the CIA in Jordan in 2012 to destabilize the Syrian government, have claimed responsibility for the French attacks, threatening to target the US and Britain next.

“We started with the France operation for which we take responsibility,” Abu Saad al-Ansari, who is affiliated with the Takfiri group, said in the Iraqi city of Mosul. “Tomorrow will be in Britain, America and others.”

Meanwhile, police in Paris killed two brothers on Friday who were allegedly behind Wednesday’s attack on the office of Charlie Hebdo magazine.

Cherif and Said Kouachi were killed inside a printing house in the town of Dammartin-en-Goele near Charles de Gaulle International Airport.

Another gunman was also killed after he took several hostages in a kosher supermarket in Paris. Four hostages also died during the operation.

Earlier, US President Barack Obama offered assistance to France following the incidents. He also vowed that Washington stands with Paris.

“The French government continues to face the threat of terrorism and has to remain vigilant. The situation is fluid,” Obama said.