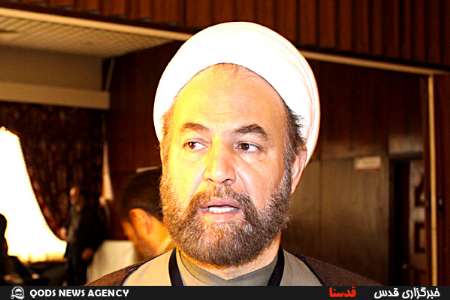 US has double stance towards human rights, Israel: Australian scholar

Tehran, Jan 10, IRNA — An Australian scholar says the situation would be paved for an eventual fight against the Zionist regime of Israel once the Muslim community restores and cements its unity and homogeneity.

Baha’odin Jabouri was speaking to Qods News Agency on the sidelines of an international conference in Tehran on Muslim unity.

The Australian Alim said the Zionist regime was currently suffering a deep isolation and moves towards a brink.

The scholar added however that unless the Muslim nations get united against Israel, the cancerous tumor would remain in place.

In another regard, Jabouri said the Muslim community was made conscious abut the Palestinian issue following the 1979 Islamic Revolution of Iran led by the late Imam Khomeini.

Asked about the US stance towards the Zionist regime, the scholar said the US government is the enemy no one of Muslims and has sought to plunder the Muslim wealth by pitting the Muslim sects against one another.

The scholar also rejected any perception of the US government as a human rights advocate, adding that the ISIL terror group has been actually created by the government.