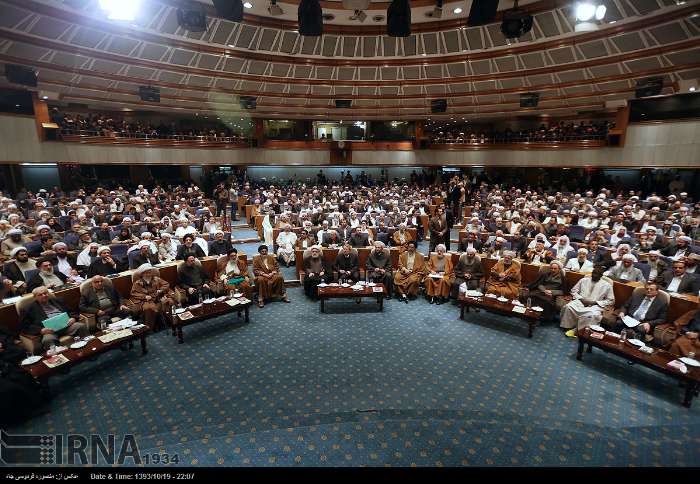 Tehran, Jan 9, IRNA – Sudanese Lawyer Qotbi al-Shoomi who participated in Islamic Unity Conference in Tehran, said the success of the conference in unifying stances of Islamic Ummah is the result of wise leadership in the Islamic Republic of Iran.

Speaking on the sidelines of the 28th Conference of Islamic Unity in Tehran, al-Shoomi said he believed that the most important challenge to the Muslim world, is the weakness of political viewpoints in Islamic societies and the lack of a wise leadership in Islamic countries.

‘Long experience with the UN Security Council has shown that Palestine’s request to join the International Criminal Court l (ICC) is useless because the court is under the influence of Israel, US and their allies.’

He said the ICC is a political mechanism in the hands of colonial powers not a legal organization.

‘We do not expect the ICC to condemn Israel. It is just for African and Third World countries.’

The 28th Conference on Islamic Unity was held in Tehran on 7-9 January.