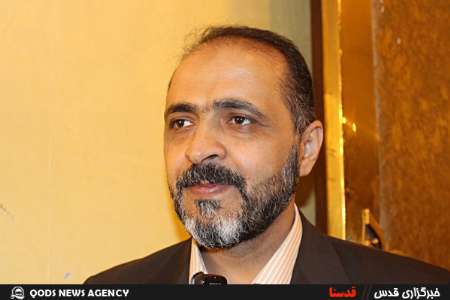 Tehran, Jan 10, IRNA — A prominent pro-unity activist in Iran says the Palestinian issue has remained as a heartbreaking issue for the Muslims and the rest of free people in the world.

Executive deputy of the World Assembly of Proximity among Islamic Sects, Mohammad Reza Golrou was speaking to Qods News Agency on the sidelines of an international conference in Tehran on Muslim unity.

Golrou said the Palestinian issue has already become a common concern for all members of the Muslim community.

In another regard, the executive deputy said the Zionist regime seeks to use an opportunity created by the ISIL terror rampage in Muslim states, citing the Israeli genocidal war on Gaza amid the ISIL killings in Syria.

The Iranian authority said the western media have kept a meaningful silence towards the developments, further paving the ground for the Zionist regime to advance its interests.

Turning to the themes of the Islamic unity conference, Golrou said all Muslim scholars and intellectuals in the conference approved the idea that the Palestinian issue must be treated free from the inter-Muslim differences.