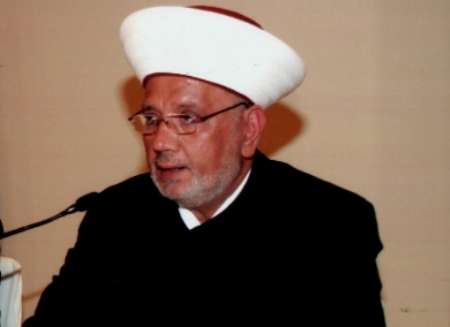 He made the remarks in a meeting with the Iranian Ambassador to Lebanon Mohammad Fathali.

He also hoped that Iran’s measures to deepen common Islamic values shared by all Muslim states and convergence among regional countries would bear fruit.

During the meeting which took place on the occasion of the Islamic Unity week to mark the auspicious birth anniversary of Prophet Muhammad (PBUH), the cleric stressed the need for enhancing solidarity between Shiite and Sunni Muslims.

He said Islam was a religion of compassion and kindness and said those who are beheading defenseless people or push them out of their houses in the name of Islam, have no understanding about the holy religion.

The Lebanese sheikh added that terrorist groups are serving the interests of the Zionist regime which benefits most from disparity among Muslims.

Daryan believed it was the duty of all to confront terrorist groups as they posed a great threat not only to the Islamic world and region but the whole world as well.

Fathali expressed the hope that all Islamic sects and groups would come together at the central point of Prophet Muhammad (PBUH) and avoid trivial differences.