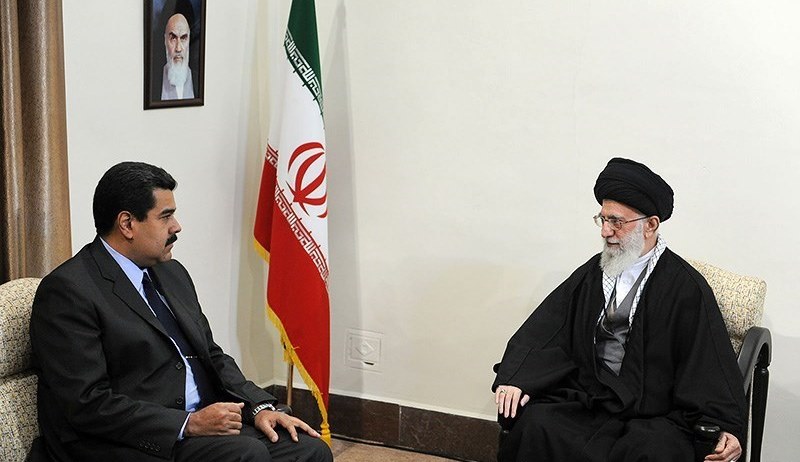 Common enemies use oil as political tool: Leader to Maduro

In a meeting with visiting Venezuelan President Nicolas Maduro on Saturday, the Leader noted that the steep fall in global oil prices in a very short period of time is “politically motivated” and “is not economic.”

“Our common enemies are using oil as political tool and definitely play a role in this sharp fall in oil prices,” Ayatollah Khamenei added.

The Leader also praised Venezuela’s efforts against the Israeli regime, and described such efforts as the reason for the hegemonic powers’ hostility toward the Latin American country.

“The Islamic Republic of Iran’s definite decision is to continue and increase all-out cooperation with Venezuela,” the Leader noted.

Maduro, for his part, thanked the Islamic Republic of Iran for its assistance to and support for Venezuela, saying that the two countries should continue expanding relations by using the existing capacities.

Touching upon the issue of oil, he said his government is making efforts to bring about a consensus among member states of the Organization of the Petroleum Exporting Countries (OPEC) as well as other oil-exporting states to return crude prices to an acceptable level.