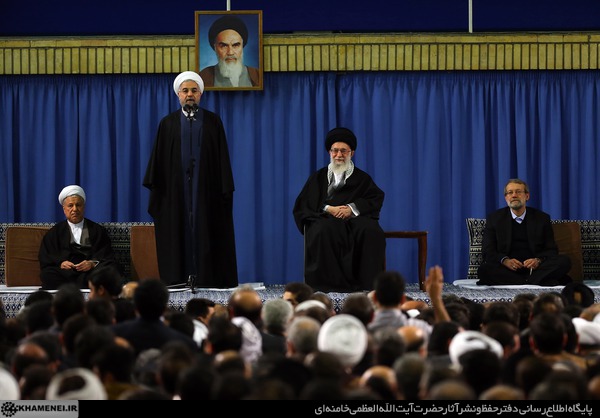 Iran’s President Hassan Rouhani has censured terrorism and violence in the name of Islam in any part of the world.

“We condemn extremism, violence and terrorism whether in Palestine, Lebanon and the Levant or in Paris and the US,” Rouhani said in a meeting with the delegates to the Islamic Unity Conference in the Iranian capital, Tehran, on Friday.

“Those who are unrightfully killing people and carrying out acts of violence and extremism in the name of Jihad, religion or Islam are, wittingly or unwittingly, treading the path of [promoting] Islamophobia and [are actually] fighting against Islam,” he added.

Rouhani once again reaffirmed the Islamic Republic’s support for nations that stand up and resist terrorism.

“We are very happy that Muslim people in the region from Iraq, Syria, Lebanon and Palestine to Pakistan and Afghanistan resist extremism, violence and terrorism and achieve new victories on a daily basis,” the Iranian president stated.

Rouhani emphasized that Iran condemns every person who supports terrorism and violence whether in the regional countries or in Europe and the US.

The Iranian president’s remarks came after masked gunmen stormed the Paris headquarters of the satirical weekly, Charlie Hebdo, on Wednesday, gunning down a dozen people, including eight journalists, two police officers, a maintenance worker and a visitor.

A policewoman on Thursday also succumbed to injuries she sustained in a separate shooting in southern Paris.

On Friday, a shootout, followed by a hostage-taking at a kosher grocery shop northeast of Paris, left at least two people dead.