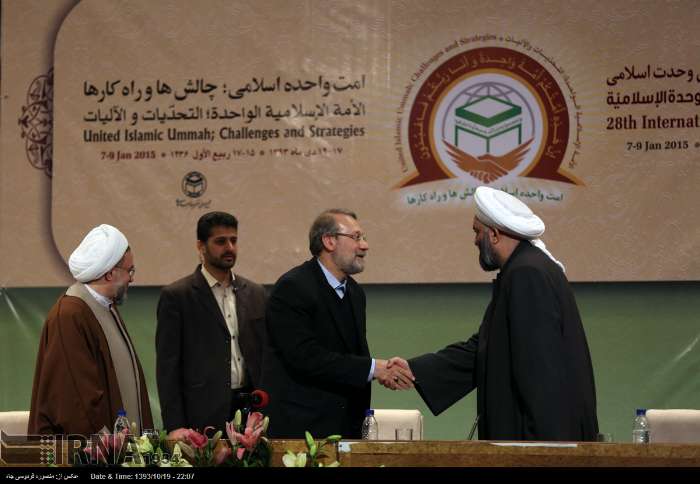 He made the remarks here Friday while talking to reporters at the sideline the 28 International Islamic Unity Conference.

His remarks came in reaction to the guidelines of the Supreme Leader of the Islamic Revolution Ayatollah Seyyed Ali Khamenei earlier today.

Ayatollah Khamenei said unity is the great lesson that Muslims should learn from the Holy Prophet of Islam (PBUH), adding that realization of his divine message must be the top priority of Muslims.

The Supreme Leader expressed his deep regret over the successes of the enemies’ plots to create disunity among Muslims.

Referring to the huge potential and unique features the Muslim community possesses, he said bolstering unity among Muslims over their main ideas will guarantee the progress of the Islamic world.

The Ayatollah stressed that the result of this unity is ‘dignity and grandeur’ for the Prophet of Islam.

While it is important to react to developments by issuing statements and conducting interviews to bring the minds together across the Islamic world, he noted, there is still a need for practical measures.

The 28th International Conference on Islamic Unity was held in Tehran January 7-9 to focus on Muslim world issues, Head of the World Assembly for Proximity of Islamic Schools of Thought (WAPIST), Ayatollah Mohsen Araki told reporters.

He said that 300 great personalities from the Muslim World including 300 Shia and Sunni figures in Iran took part in the event.