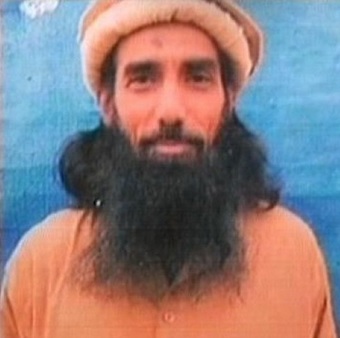 Pakistan suspends execution of assassin of Iranian envoy in Lahore

Islamabad, Jan 8, IRNA – Pakistani media reported on Thursday that execution of Akram Lahori, who was involved in assassination of Iranian Cultural Attache Sadeq Ganji in Lahore, was stopped minutes before being carried out when family of one of his victims pardoned him.

Lahori, the co-founder of proscribed Lashkar-e-Jhangvi, was also involved in more than 30 sectarian killings including attacks on Iranian cadets in Rawalpindi and assassination of Sadeq Ganji.

The Pakistani terrorist also had a hand in the killings of Imtiaz Haider, brother of former interior minister Moinuddin Haider, and twenty four people in Mominpura.

Pakistan’s media including the Geo News, the ARY digital network and the Samaa TV had reported on Wednesday evening that Lahori would be hanged in Lahore’s Kot Lakhpat Jail at 5 a.m. on January 8.

However, the execution was cancelled when family of Nayyar Abbas who was murdered by Lahori in Shorkot area in 2001 announced in a letter sent to Pakistan’s judiciary system that they had forgiven him.

Execution of the death-row convict was then stopped upon a nightly issued verdict by the judiciary system of Pakistan.

The terrorist had previously appealed pardon from President of Pakistan Mamnoon Hussain but his request was refused by the Pakistani President.

So far, nine convicted terrorists have been sent to the gallows in Pakistan.