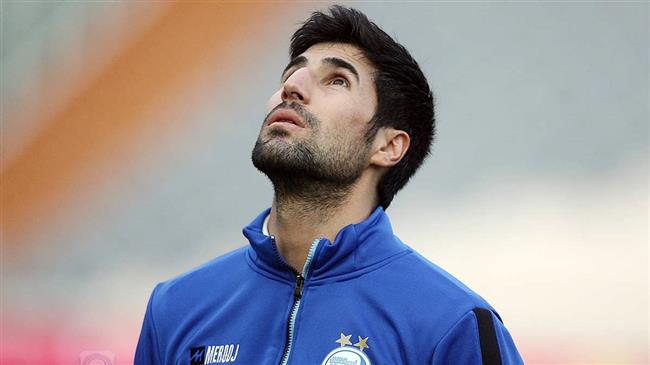 The versatile defender has been ruled out of the squad after breaking his hand in Wednesday’s training session in the Australian city of Melbourne, according to the website of Iran’s Football Federation (IFF).

Medical scans performed on Beigzadeh’s hand showed a fracture in the metacarpal area, which makes him unable to feature in Iran’s squad for the AFC games, IFF said in a statement.

Persepolis’ Mohammad Reza Khanzadeh has been called up to replace the injured defender in the team. Khanzadeh is expected to depart for Australia tonight.

Beigzadeh was a member of Iran’s national team in the 2014 FIFA World Cup. The experienced stopper, who plays for Tehrani outfit Esteghlal, was one of the main pillars of coach Carlos Queiroz defensive tactics.

The national team arrived in Melbourne on Wednesday where it is scheduled to face Bahrain on January 11 in its opening match of the championship.

The three-time continental winner is drawn in Group C of the tournament along with Qatar, the UAE and Bahrain. AFC Asian Cup 2015 will run from January 9 to 31.