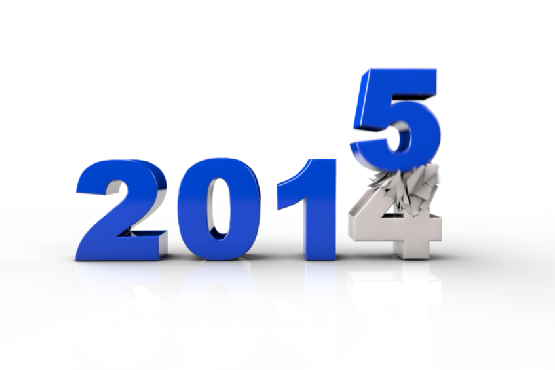 1. The year 2014 was one of the most hectic years for international politics. Although every year is characterized with a host of important and determining developments in international arena, there were two major developments in 2014, which were not only “important,” but also “surprising.” One of those developments was rapid and surprising rise of a new player in an already tense Middle East region under the name of the “Islamic State,” which led to many fundamental changes in political equations in Syria and Iraq. The second development was the surprising reaction shown by the Russian government to developments in its western neighbor, Ukraine. Moscow’s reaction finally led to the annexation of Ukraine’s Crimean Peninsula to Russia and, as its aftermath, the beginning off a new economic and political war between the Western bloc and Russia.

Other important developments soon followed the aforesaid ones, which included rapid fall in global oil prices, coming to grips with the reality of extremism in various parts of the world, exchange of messages between the United States and Cuba, continued fall of the Arab Spring, a change of political game at the US Congress in favor of the Republicans, introduction of new initiatives by Palestinians to end decades of useless talks with Israel, and many more developments. The interesting point is that Iran has been either influenced by many of these developments or has made an effect on them, which by itself, shows that the role of Iran cannot be easily ignored either in regional developments, or even in many developments at international level.

2. In the meantime, the most important development facing Iran’s foreign policy was the continuation of nuclear talks with the member states of the P5+1 group of countries, which was marked with many ups and downs. The two sides ultimately agreed to extend their negotiations on the basis of a previous agreement they had clinched in the Swiss city of Geneva in November 2013. The agreement was followed by many discussions both in and out of Iran about which sides is the main beneficiary of the extension of the nuclear talks? At any rate, seven-month extension of the Geneva agreement is considered a valuable opportunity for both Iran and the P5+1 in order to focus more on their own demands and those of the opposite side, and accurately weigh the opportunities and costs of a possible final agreement, or the lack of such an agreement. This situation, has also shed more light, at least in Iran, on two important issues, namely, “the political and economic consequences of the extension or removal of anti-Iran sanctions,” and “continuation or limitation of nuclear activities in Iran.” As a result, it has created a sense of deeper and more balanced realism in the public opinion inside Iran, which can greatly help the Iranian negotiating team in its further dealings with the P5+1 group. A letter wrote by Iran’s Foreign Minister [Mohammad Javad Zarif] addressed to the world’s public opinion in late December, which had also an eye on domestic audiences in Iran, was a step taken along the same line. At present, a large part of the Iranian public opinion is totally confident about both the capabilities of the negotiating team and the effort put by its members in order to protect Iran’s national interests to a maximum degree. As a result, regardless of whether the nuclear talks lead to a comprehensive final deal or fail, the Iranian negotiators will have full support of Iran’s public opinion and this is a great asset for the administration of [the Iranian President] Mr. [Hassan] Rouhani.

3. The rapid and violent rise of the Islamic State (IS) in Syria and, especially, in Iraq, prompted many Western and Arab governments to move fast and form a military coalition to fight this scourge. However, as was expected beforehand, the air strikes launched by those governments just succeeded to slow down the progress of the IS and failed to annihilate this group. Unfortunately, a historical irony was repeated here. The countries that were supporting a bunch of extremist and rootless groups (even though they claimed to have exact supervision over how the financial and military aid was delivered to moderate parts of such groups) finally found those groups biting the hand that had fed them as terrorists ultimately turned their guns toward their backers. And people, as ever, are the main party who bears the brunt of such botched policies. By and by, the world media became glutted with news about massacre, rape, torture and all other kinds of inhuman behaviors of the IS, which stand in stark contrast to all recognized norms of human rights. Therefore, the United States, Europe, and many Arab countries gradually realized the repetition of the historical irony that they had already experienced with regard to the Taliban group in Afghanistan. From Iran’s viewpoint, however, this was renewed emphasis on the correctness of the Islamic Republic’s policy which insisted from the beginning of the crisis in Syria that a political solution should be found to the unrest in this Arab country, which would be acceptable to its people, and without intervention from either regional or transregional powers. At any rate, the rise of the IS in Iraq and high capacity of Iran’s political and military institutions in rapidly adapting to these critical conditions proved that Iran should be a key partner to any international policy adopted on the IS. It also underlined the fact that due to eight years of war with Iraq and centuries of neighborhood and interactions with that country, Iran has an effective understanding of the situation in its western neighbor, which under suitable circumstances can serve to boost the Islamic Republic’s soft power in Iraq.

4. If global oil prices do not change and sanctions against Iran remain unaltered, the country will certainly have to put up with tremendous economic pressures in 2015. Whether Iran would adopt a totally aggressive approach to further development of its nuclear capabilities if the nuclear talks failed, would depend more than anything else on the type of approach that the other side would take following a possible failure in the nuclear negotiations. There is no doubt that any kind of military threat or escalation of sanctions will prompt Iran to take advantage of various means it has at its disposal to protect its national interests. However, if [US President Barack] Obama decides to pursue the nuclear talks with the intent of reaching a final solution to this issue during the remaining two years of his term in office, its will have positive outcomes both for Iran and the United States (in the form of having Iran’s cooperation for the resolution of the existing crises in the region). Since 2009, Obama has been trying to restore the broken down soft power capacities of the United States. During the past six years, the United States soft power has been more on the fall than on the rise. Now after revelations about torture techniques used by the Central Intelligence Agency (CIA) during its interrogations, the United States’ soft power has been dealt more drastic blows in the eyes of the regional people. Will the American leaders (both at the presidential office and the Congress) have the necessary resolve to take real steps to revive the United States soft power in the Middle East? We must wait and see what happens in 2015 before answering this question.