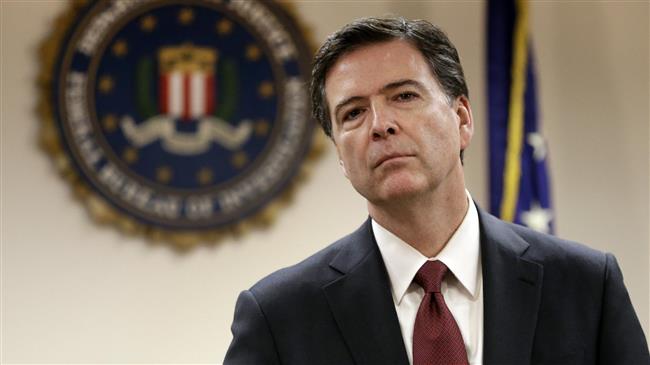 FBI Director James Comey takes a question from a reporter at the FBI office in Boston.

The Federal Bureau of Investigation claims it has new evidence that shows North Korea was behind the recent cyber attack on the US-based Sony Pictures company.

FBI Director James Comey said Wednesday that a hacking incident in November against the company was traced to IP addresses used exclusively by the North Koreans.

“I have very high confidence about this attribution to North Korea, as does the entire intelligence community,” Comey said at the International Conference on Cyber Security at Fordham University in New York City.

“It was a mistake by them,” he said. “It made it very clear who was doing this.”

He predicted that North Korea would try to strike again and refused to reveal more details about how US officials learned that Pyongyang was the source of the cyber attack.

Also on Wednesday, the Director of National Intelligence James Clapper called on the US government to take measures to stop Pyongyang’s future attacks on the country’s interests.

In December, the FBI announced that it had enough information to conclude that North Korea was responsible for the attacks, which took place on November 24 and discovered by Sony on December 1.

The hackers threatened violence against American theaters that would screen the movie, and Sony delayed its release.

North Korea denies any involvement in the hacking. Following the accusations, Pyongyang threatened last month to launch strikes against the White House, the Pentagon and the whole US mainland.