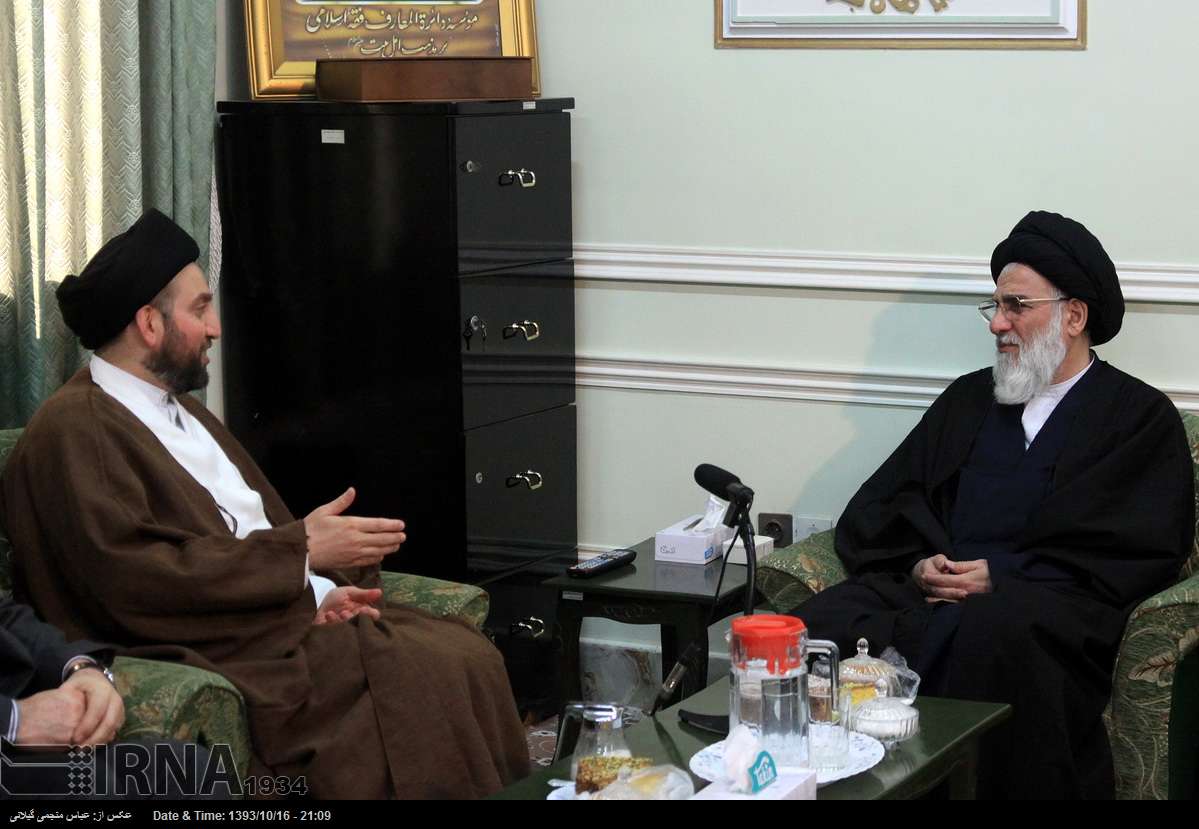 TEHRAN (Tasnim) – Former Iranian Judiciary Chief described unity as the way for Iraq to get out of the existing troubles, especially the threat posed by terrorists activities in the Arab country.

Hakim in this meeting briefed Ayatollah Shahroudi on the activities of the ISCI as well as the latest victories of the Iraqi people and government over militants from the Islamic State in Iraq and the Levant (ISIL) terrorist group.

In recent weeks, Iraqi army and volunteer forces have been making significant progress in their fight against the ISIL militants.