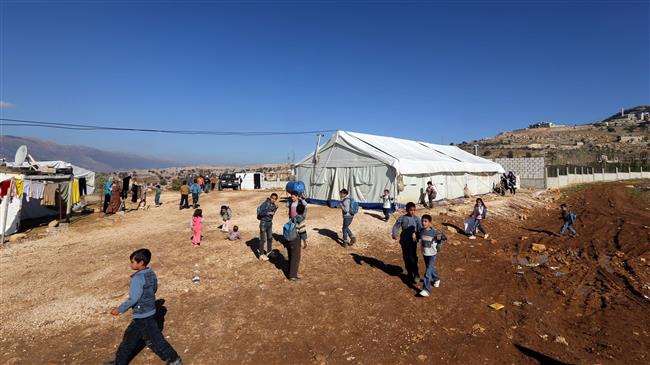 The United Nations has declared that Syrians have surpassed Afghans as the second largest refugee population after Palestinians, fleeing to over 100 nations to escape the foreign-backed war in their country.

As of mid-2014, said a UN report on Wednesday, more than 3 million Syrian refugees have been registered, accounting for nearly one-fourth of 13 million refugees across the globe.

The report, released by the Office of UN High Commissioner for Refugees (UNHCR), said the global refugee population, is the highest since 1996.

“As long as the international community continues to fail to find political solutions to existing conflicts and to prevent new ones from starting, we will continue to have to deal with the dramatic humanitarian consequences,” said UN High Commissioner for Refugees Antonio Guterres in a statement.

Additionally, according to the UN report, at least 200,000 people have died in Syria while half of the population in the key Arab country has been displaced since the foreign-sponsored militancy began in March 2011.

“With 257 refugees per 1,000 inhabitants, Lebanon remains the country with the highest refugee density at mid-2014,” said the UNHCR, noting that Jordan ranked the second.

This is while Syrians also represented the largest group of asylum-seekers across the globe during the first half of 2014, submitting 59,600 applications, the UN agency said, noting that Germany and Sweden together received 40 percent of such claims.