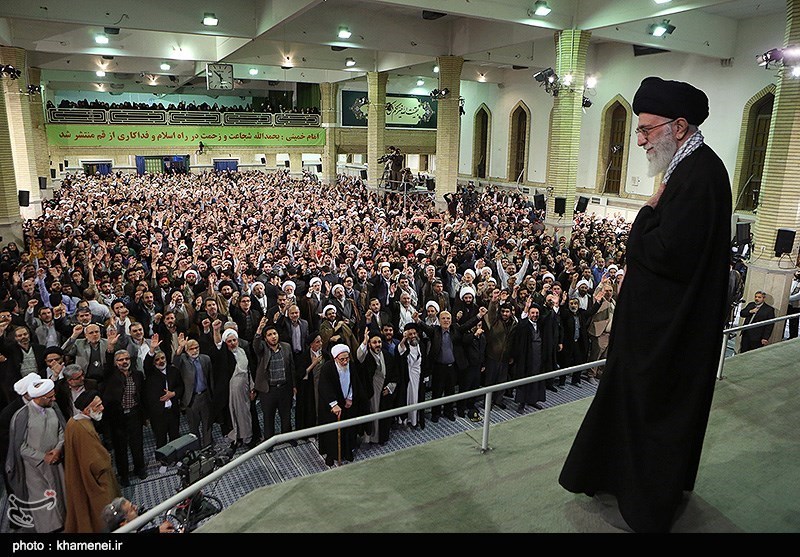 Iran must be immunized against sanctions: Ayatollah Khamenei

Leader of the Islamic Revolution Ayatollah Seyyed Ali Khamenei says Iran needs to be immunized against sanctions imposed on the Islamic Republic over its nuclear program.

Iran and six world powers will hold talks on Tehran’s disputed nuclear program in Geneva on Jan. 18, the European Union said on Wednesday.

Foreign Minister Mohammad-Javad Zarif said on Tuesday that Iran is ready for expansion of cooperation with Afghanistan to consolidate stability.

Iran leader: US ‘cannot be trusted’ in nuclear talks

Iran’s supreme leader has said the United States cannot be trusted to lift sanctions in a future nuclear deal and that Tehran should instead develop an “economy of resistance.”

President Hassan Rouhani on Wednesday said in order to maintain unity throughout the Islamic world it is necessary to recognize Muslims’ common interests and threats.

Iran’s foreign minister said the country’s success in handling the nuclear talks with world powers and its “wise” foreign policy have countered the Iranophobia project spearheaded by Israel.

Two senior officials from French and German Foreign Ministries have arrived in Tehran last night to hold meetings with their Iranian counterparts on Wednesday, Jan. 7.

US will be brought to its knees: Commander

Deputy Chief of Staff of the Iranian Armed Forces Brigadier General Massoud Jazayeri here on Wednesday said the US will be brought to its knees.

The Iranian national football team has arrived in the Australian city of Melbourne to prepare itself for the first AFC cup game against Bahrain.