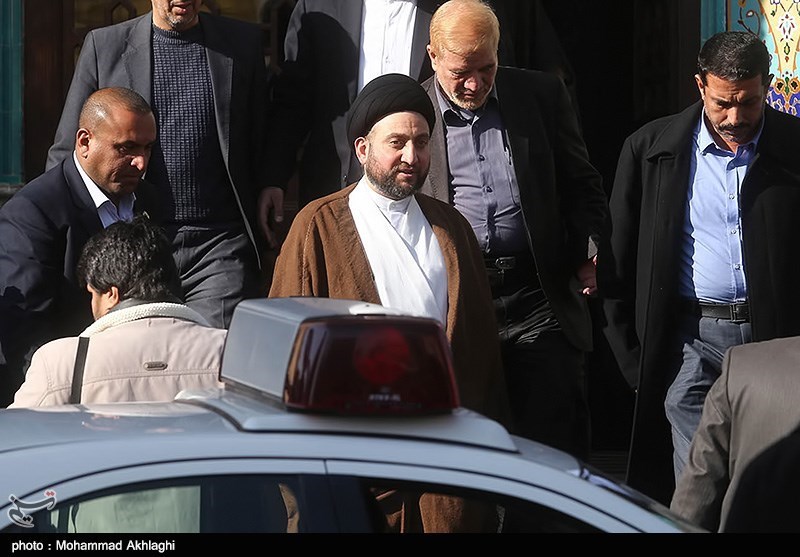 Qom (Tasnim) – Visiting Head of the Islamic Supreme Council of Iraq Ammar al-Hakim praised Iran for its military advise to the Arab country in the fight against terrorist groups, the Islamic State in Iraq and the Levant (ISIL) in particular.

The Islamic Republic of Iran has played a “good and admirable” role in countering the threats posed by Takfiris (extremists) by providing Iraq advisory assistance as well as military advise, Hakim said in a press conference in Iran’s central holy city of Qom on Tuesday.

He also pointed to his meetings with senior Iranian clerics residing in Qom earlier today, and said during the talks, he briefed them about the latest developments in Iraq and the enemies’ failed attempts to undermine the country’s unity and its democratic government.

Iran was the first country that helped Iraq fight the ISIL terrorists upon the request of Iraqi government. Tehran has already made it clear that its assistance to Iraq is confined to consultation and advisory help.

Earlier last month, an IRGC military advisor, General Hamid Taqavi, who was a one-time commander during the 8-year Iraqi imposed war on Iran in the 1980s, lost his life in Samarrah while performing an advisory mission in the fight against the ISIL and Takfiri terrorists.

The ISIL and Takfiri terrorists, backed by Western powers and their regional allies, have seized large swathes of land in Syria and neighboring Iraq.

Meanwhile, a combination of concentrated attacks by the Iraqi military and the volunteer forces, who rushed to take arms after top Iraqi cleric Ayatollah Ali al-Sistani issued a fatwa calling for fight against the militants, have blunted the edge of the ISIL offensive.