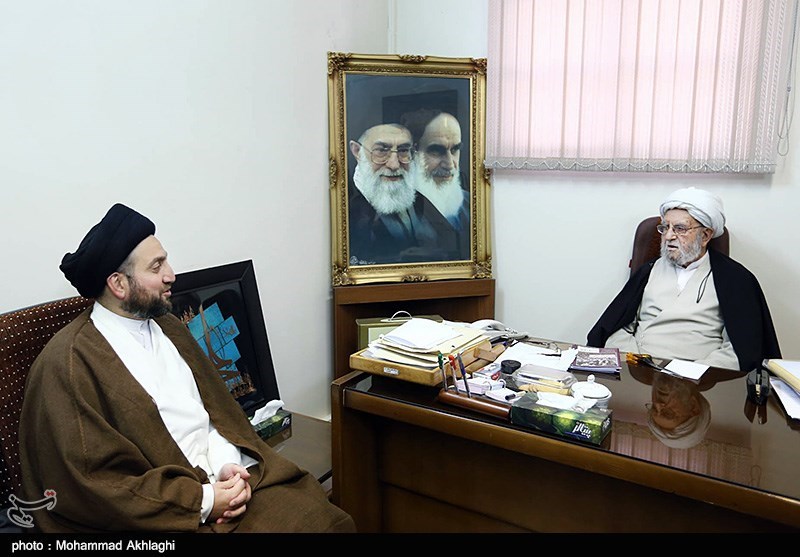 Qom, Jan 6, IRNA – Member of the Expediency Council Ayatollah Ebrahim Amini said on Tuesday that under no circumstances Iran can remain indifferent toward terrorism in Iraq.

Ayatollah Amini made the remarks in a meeting with the Chairman of the Islamic Supreme Council of Iraq Ammar Hakim in Qom.

Existing problems in Iraq have also concerned the Iranian people, he said.

The enemies never give up masterminding plots and conspiracies against Muslims and do their best to divide the Shia and Sunni Muslims, Ayatollah Amini said.

Iran is very concerned about the crimes and atrocities committed by terrorists in Iraq, he said adding that all should understand that Daesh Takfiri terrorist group has not withdrawn from Iraq easily when they enjoyed support of the US and the hegemonic powers.

He praised the efforts made by Ayatollah Sistani in Iraq to maintain the country’s unity, he said adding that all should encourage both Shia and Sunni to unite and prevent sacrilege to Islamic sanctities.

Chairman of the Islamic Supreme Council of Iraq Ammar Hakim who is currently on a visit to holy Qom conferred on Tuesday with some top clerics as Ayatollah Naser Makkarem Shirazi, Hossein Vahid Khorasani, Lotfollah Safi Golpaigani, Abdolkarim Mousavi-Ardebili, Mahmoud Hashemi Shahroudi and Jafar Sobhani on issues of mutual interests and regional developments.