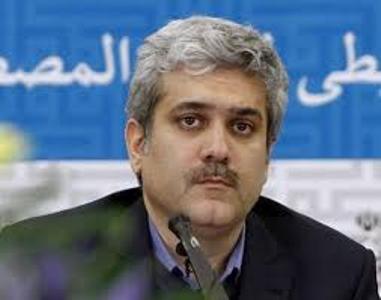 Tehran, Jan 6, IRNA — Iran expects to cut its dependency on oil revenues to all-time lows, the vice-president for science and technology has said.

Sorena Sattari said that oil dependency in the new draft budget proposed for the next Iranian calendar year (starting on March 21) would be around 30 percent.

The figure represents the lowest ever dependency of Iran’s budget on oil revenues.

Speaking at a local ceremony Monday, Sattari said that development could create a “golden opportunity” for Iran to move from the current oil-based economy to a knowledge-based one.

Iran is faced with an unprecedented downfall in the oil prices at the international markets which, accompanied by West’s sanctions on Iran’s oil exports, could further shrink the country’s actual earnings.

Iran’s annual budget in 2013 also saw a 40-percent decrease in the projected oil incomes, a move described by the administration as making the budget extremely contradictory to respond to Western sanctions.

Government spokesman Mohammad-Baqer Nobakht Monday said Iran will face no budget deficit even if the oil price drops to half of its current price.

Nobakht who is also the Vice-President and head of the Management and Planning Organization said the government is taking necessary measures to cope with a possible further decrease of oil prices and its probable impact on the next year budget.

The senior official further stressed that the government is going to spend sources more economically if its anticipated oil revenues for the next year budget bill are not materialized.

In this way, he added, the country will face no type of budget deficit under any conditions.