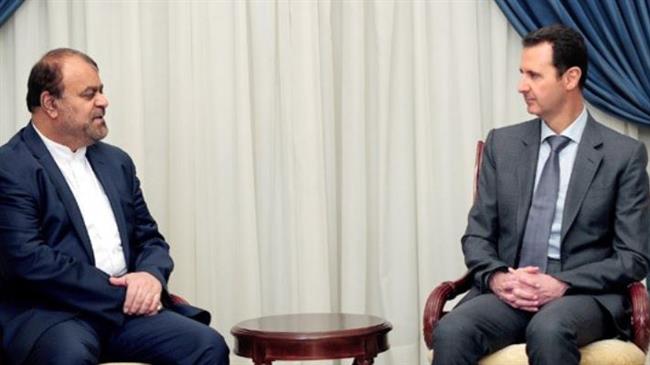 The chairman of the Iranian-Syrian Economic Relations Development Committee, Rostam Qasemi, has called for strengthening of relations between the two countries.

Qasemi made the remarks at a meeting with Syrian President Bashar al-Assad in Syrian capital Damascus on Monday.

The Iranian official went on to say the Iran and Syria enjoys a vast untapped economic potential, adding that there are a large number of projects which could be invested on to serve ties between the two countries.

He also echoed Iran’s support for the Syrian people against an unjust war waged upon the country.

Syria has been grappling with a deadly conflict since March 2011. The violence fueled by Takfiri groups has so far claimed the lives of over 200,000 people, according to reports.

Some 6.5 million Syrians have also become internally displaced due to the ongoing Syrian crisis, according to the UN.