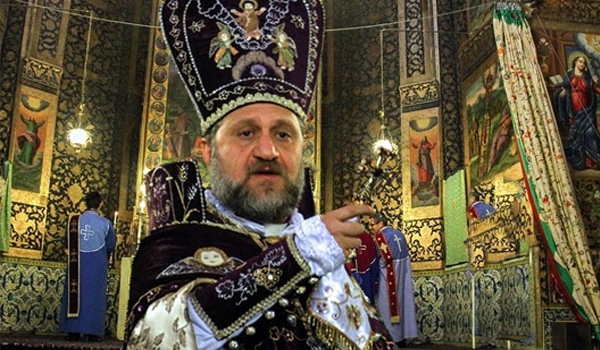 Armenian archbishop describes Iran as role-model for interaction among religions

TEHRAN (FNA)- Archbishop of the Armenians of Isfahan Province Babken Charian underlined that the rights of religious and ethnic minorities are respected in Iran, saying that the country can serve as a role model for interaction among followers of divine religions in other world states.

“The existing model of interaction among different religions and communities in Iran is very appropriate and if people and nations of other countries follow this model they can live at peace and tranquility,” Charian said in a meeting with Isfahan mayor on Tuesday.

“Thank God, peace, tranquility and unity is prevalent among all communities (in Iran) and we are not experiencing the problems of war and turmoil that other countries are facing,” he added.