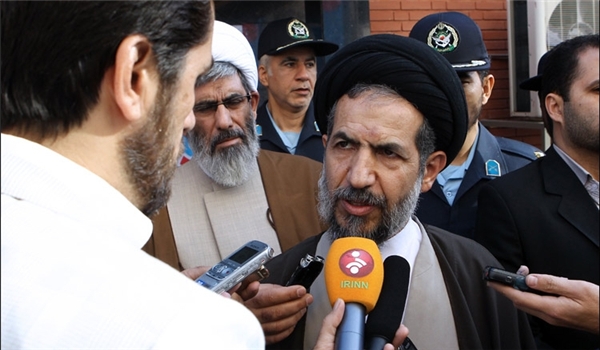 TEHRAN (FNA)- Vice-Speaker of the Iranian Parliament Mohammad Hassan Aboutorabifard praised Khatam ol-Anbia Air Defense Base for its strong protection of the country’s airspace from possible enemy threats, and said Iran’s skies are the safest in the region for the passing flights.

“Today Iran’s Air Defense System has provided our country with an Iron Dome in its real sense and Iran’s airspace is the safest in the region,” Aboutorabifard told reporters on Monday.

He noted that Iran’s Air Defense has the highest deterrence power in the region.

Aboutorabifard recalled that a senior US Army official recently acknowledged Iran’s high defensive power by saying that Iran has harnessed the US military in the Middle East region.

He reiterated that Iran’s military power was the root cause of  Israel’s defeat in its 33-day war on Lebanon back in 2006.

On Friday, Commander of Khatam ol-Anbia Air Defense Base Brigadier General Farzad Esmayeeli said that the Iranian armed forces’ defensive preparedness in both software and hardware arenas has not left any chance for enemies to stage successful attacks on the country’s territories.

“Any enemies’ possible aggressions against Iran will be responded crushingly by the country’s armed forces,” Brigadier General Esmayeeli said on Friday.

He noted that Khatam ol-Anbia Air Defense Base has a close watch on the enemies’ air power.

On Wednesday, the Iranian Armed Forces wrapped up 7 days of military drills in waters South and Southeast of Iran.

The military exercises codenamed Mohammad Rasoulallah (PBUH) covered an area of 2.2 million square kilometers from the East of the Strait of Hormuz to the Southern parts of the Gulf of Aden.