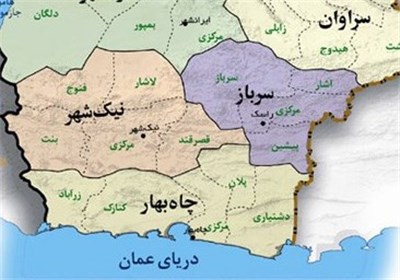 TEHRAN (Tasnim) – The Islamic Revolution Guards Corps (IRGC) announced on Monday that it has arrested members of a terrorist team in the city of Sarbaz in the southeastern province of Sistan and Balouchestan.

The public relations department of the Quds Base of the IRGC Ground Force said the terrorist group was arrested in a successful operation following continued intelligent works.

The terrorist group had already assassinated a number of teachers and Basij forces in southeast of the country, the statement added.

Back on January 2, unknown gunmen shot dead 2 people in the village of Nasirabad, near the town of Qasr-e Qand in the same province.

One of the victims was a teacher in the village, named Issa Shahraki. The terrorist attack had also claimed the life of Adham Sabouri, a staffer at the IRGC office in the village.

Also a week earlier, the IRGC lost three personnel in an attack launched by armed outlaws in the same province.

The three were martyred during a mission to assist the local people and ensure security in the region, the Quds Base of the IRGC Ground Force announced in a statement at the time.